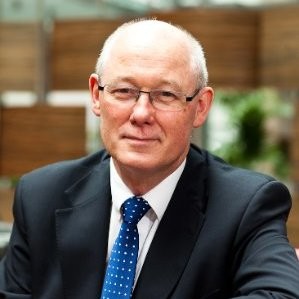 Richard Pharro is the founder and CEO of APMG, one of the few privately owned international accreditation and certification bodies.  Started in 1995, APMG has expanded its portfolio to 66 products across the management spectrum on behalf of many National and International organisations and has offices in 14 countries.

Richard is a Chartered Director and Civil Engineer who, in his early career, worked on projects in Europe and the Middle East.  His book, The Relationship Manager – The Next Generation of Project Management, was published by Gower in January, 2003.

Richard believes APMG’s success is due to the organization’s focus on innovation and customer service. He was delighted when APMG gained its Investors in People Gold Award in 2010 and has retained it since then, recognising the hard work and commitment of everyone within APMG. In 2012 APMG also won a Queen’s Award for Enterprise in the International Trade category.