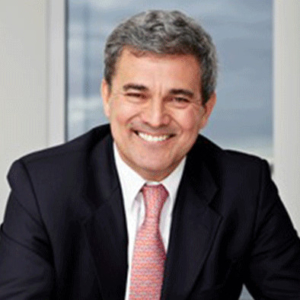 Vaughn was then assigned to start banking operations in Australia in 1995, which ultimately became ING DIRECT. He held this role until January 2006, helping to establish the brand and building a proﬁtable business. Vaughn was then appointed CEO and MD of ING Vysya Bank in India where he spent over three years on the successful turnaround of a loss making bank. He then worked as CEO – Banking Asia, covering Retail Banking and Commercial activities in the region for three years, before returning to Australia in 2012. Vaughn retired from his roles as CEO of ING Retail Banking Asia and CEO ING Direct Australia in June 2016, though remains as an advisor to ING Group on Asia and HR matters.

Vaughn is currently a Board Member of TMB Bank Public Company Limited in Thailand (since 2008), and recently joined the Board of Ratesetter Australia. Vaughn was previously a Board member of ING Vysya Bank in India from 2009 until its merger with Kotak Mahindra Bank in 2015, and Board Member of Kookmin Group in Korea from 2010 to 2012. Vaughn writes and speaks extensively on Leadership, Corporate Culture, Customer Centricity and Digital banking.